How predictable the markets have become? Markets have become like that two-year old waiting for its sugar hit. Markets paused and rallied today because predictably Trump said that the U.S. and China were having talks today and China would not immediately retaliate against the latest U.S. tariff increase. China is becoming increasingly frustrated with Trump’s flip flops and Congress is mulling over the legality of some of Trumps initiatives requiring business to leave China. Frankly the whole scenario has become a mess, but investors don’t care as long as they get that reassuring tweet.

Stocks have staged a little rally and that’s partly because the earnings are not as bad as expected.

The GDP has been revised down slightly as inventories and exports fell. Consumption remained solid. Heavyweight tech stocks rallied, and the Philadelphia semiconductor index was up 2.25%. Electronic retailer Best Buy Co Inc and Abercrombie & Fitch warned of impacts from tariffs. About 6.01 billion shares were exchanged versus a 7.23 bio daily average over the past 20 sessions. 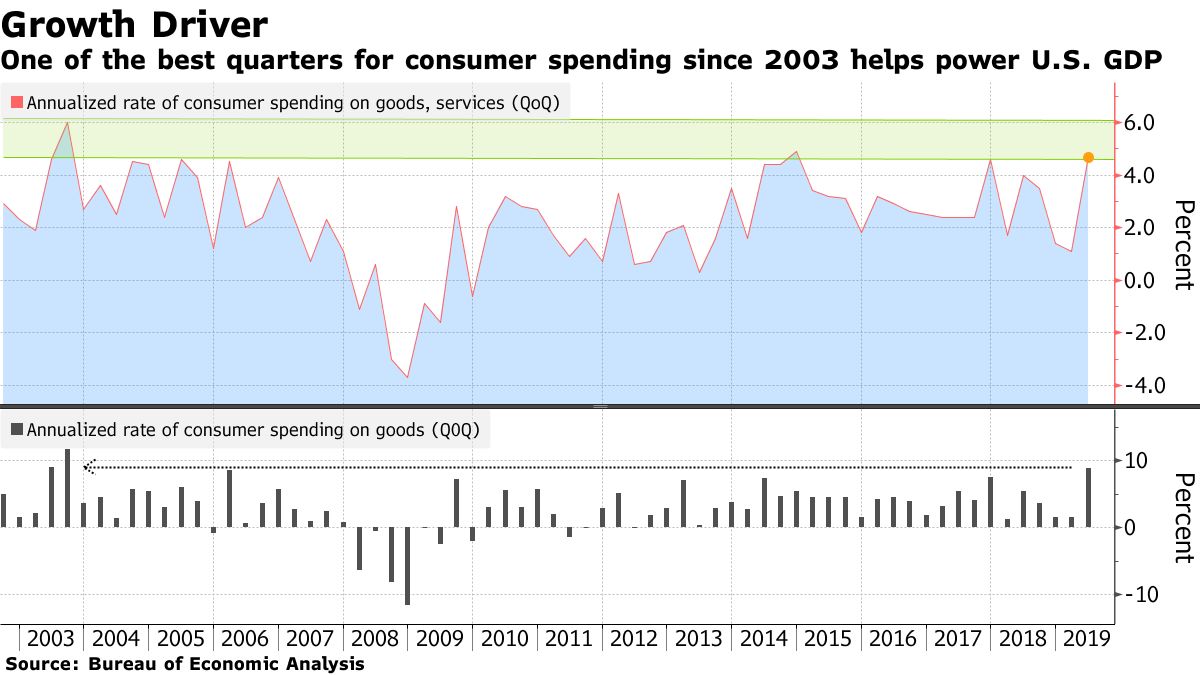 Treasuries rallied but then paused as the excitement of a 30-year below 2% proved too much. Maybe it was the suggestion by Mnuchin that Treasury was looking at issuing an ultra-long bond was under serious consideration. The inversion between two-year bonds and ten-year bonds continues. This movement though does not seem to be having the same impact now that the market is waiting to hear the new promises on trade. A mixed message from China could see safe haven bids for treasuries, bunds and other sovereign debt. Interest rate futures are positioned for the Fed to lower rates in September. On the day the 7-year auction was weak. Bidding was the weakest since the bond was first issued a decade ago. Overall demand was 2.16 times. The previous issue saw the bond covered 2.27 times. 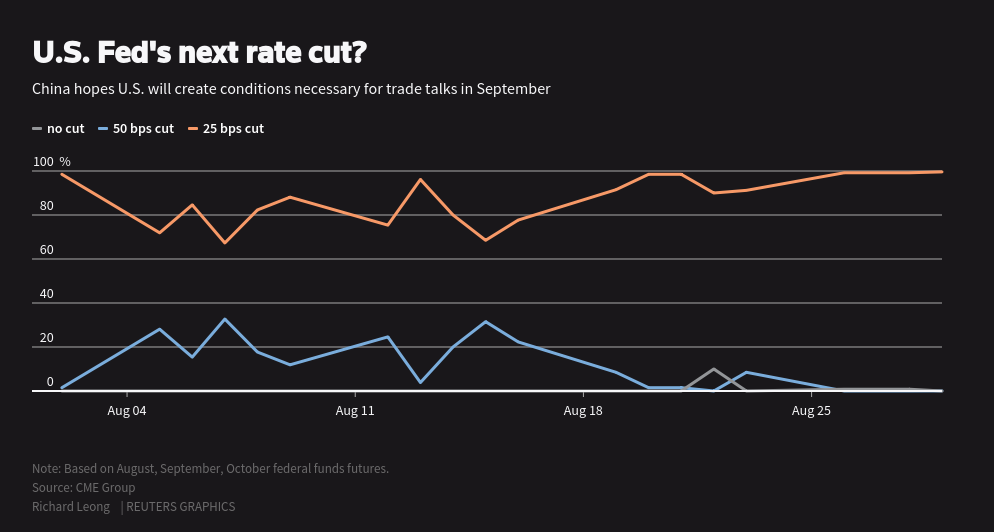 Europe stirred today and it was not what you would think. A European Central Bank policy maker suggested that the economy was not that weak that bond purchases needed to be resumed. Equities rallied, and bonds well they were weaker. In other European news the Italians have a new Government or at least are close. The pundits will now be betting how long the new government lasts.

Stocks to rally on the day. Uncertainty persists however the trend at this stage is for a rally. A tweet or a comment could easily unhinge the rally so be aware. The noise continues and investors should look to value.

Bonds probably sell off a little on the day. There are two reasons why that’s the case, one is the offshore influences suggest mild selling action is a possibility. The other is that it is the end of the month and bond investors may seek to lock in gains that have accrued over the month. It has been a great month for fixed income investors and if rates are set to poise for a while returns will slump. That’s why it may be a selling day.

Credit should remain bid on the day. An equity rally will be supportive of credit but so too demand. Investors are looking for any opportunity to re-enter the market and are very reluctant sellers. Shortages of suitable credits is supportive of tightening spreads.

Geopolitical risks remain high and still need to be monitored. Watch developments out of Hong Kong as the protests have a real chance of upsetting sentiment in the region. Watch for a tweet on trade or a comment on trade out of China, either commentary will have the ability to move markets.

Spectrum Strategic Income Fund is also available through the following Investment Platforms. Select an icon below for your preferred Platform.

The queue to quit QE – Central banks face a daunting task: tapering without the tantrum economist.com/finance-and-ec…